Love is an essential part of the human life. It being the month of love, we are reviewing movies that can ignite the sense and feeling of love to you even when you are feeling lonely.

Through my Window is a Spanish romantic film that promises to deliver love to a lonely soul. Below is our review of the film.

Raquel has feelings for her neighbor Ares, but he doesn’t know she exists till he hacks into her wi-fi router.​

They slowly start developing feelings for each other, but his family has other plans for Ares.

The introduction looks interesting as the protagonist, Raquel, narrates how the three brothers are named after the Greek Gods to symbolize the family’s wealth. It is clear that she has an intense crush on Ares but her being a teenager protects her from coming across as a dangerous stalker. It feels more like how teenage girls love musical boy bands. Ares and Raquel insult, but we know that in romantic storylines, the journey concentrates on two characters who develop feelings for each other slowly. Yoshi cares about Raquel romantically, creating a future love triangle.

The camera shots between Raquel standing behind the benches and Ares in football practice show her intense feelings for him. They’re in slow-motion shots in the rain as Ares works out half-naked with slow Spanish music playing and implying that Raquel is in heaven just watching Ares. However, the colours and lighting feel dark and moody, and Ares is a dark and mysterious character. Raquel follows Ares into a deserted forest like a moth into a flame, but he manages to surprise her, and things become tense with a bit of sexual tension.

Ares enters her room with her permission when she switches off the Wi-fi router. It’s easy to tell that Ares knows what kind of hold he has over Raquel and that he views her as a plaything because he sexually frustrates her before running away. It characterizes the beginning of their relationship before Ares realizes that Raquel is pulling him in slowly like magic and his nickname for her ‘Witch.’

The club party feels dreamy, especially the light blue and pink-purplish lights with lots of mirrors and slow-moving music. Ares and Raquel end up alone, and they stand on the edges of the screen with a golden bluish tint in the background. With Raquel, there tend to be warmer colours because she’s slowly working on him. Ares takes the first step, but Raquel pushes him back till he sits, and she’s left standing because she’s holding the power dynamics. She toys with him but leaves him sexually frustrated, proving that too can play the same game and that she’s not innocent.

Things keep building up between Ares and Raquel till she finally visits his room. The audience finally sees Ares in his comfort zone, and the space feels very masculine with the pool table, wide TV, and video games. The wide shots help us acquaint us with his personal space before it moves to close-ups that pull us into the characters’ emotional lives. Ares and Raquel finally act on their sexual urges, but the music isn’t slow and romantic. It foreshadows that Raquel will get hurt. Notably, Ares asks for Raquel’s consent verbally before sex happens, especially with the #MeToo movement.

The camera shot with Raquel and Yoshi standing next to each other but behind different blue bars shows that the relationship has changed because Raquel has chosen Ares over Yoshi. On the rooftop date between Raquel and Ares, the music is finally playful and romantic because he’s being vulnerable and starting to care about her too. Both characters wear costumes representing their personalities, Ares as a Greek God and Raquel as a witch.

The accident that happens to Ares allows his family to change their ways and become more loving and affectionate. So, this removes the final barrier to their romantic relationship, and both love birds can be together.

The closing screen credits are fun as we scroll them on a smartphone, plus pictures of the cast. Through My Window is a good Valentine’s Day film for a mature audience with cute characters finding love for the first time. 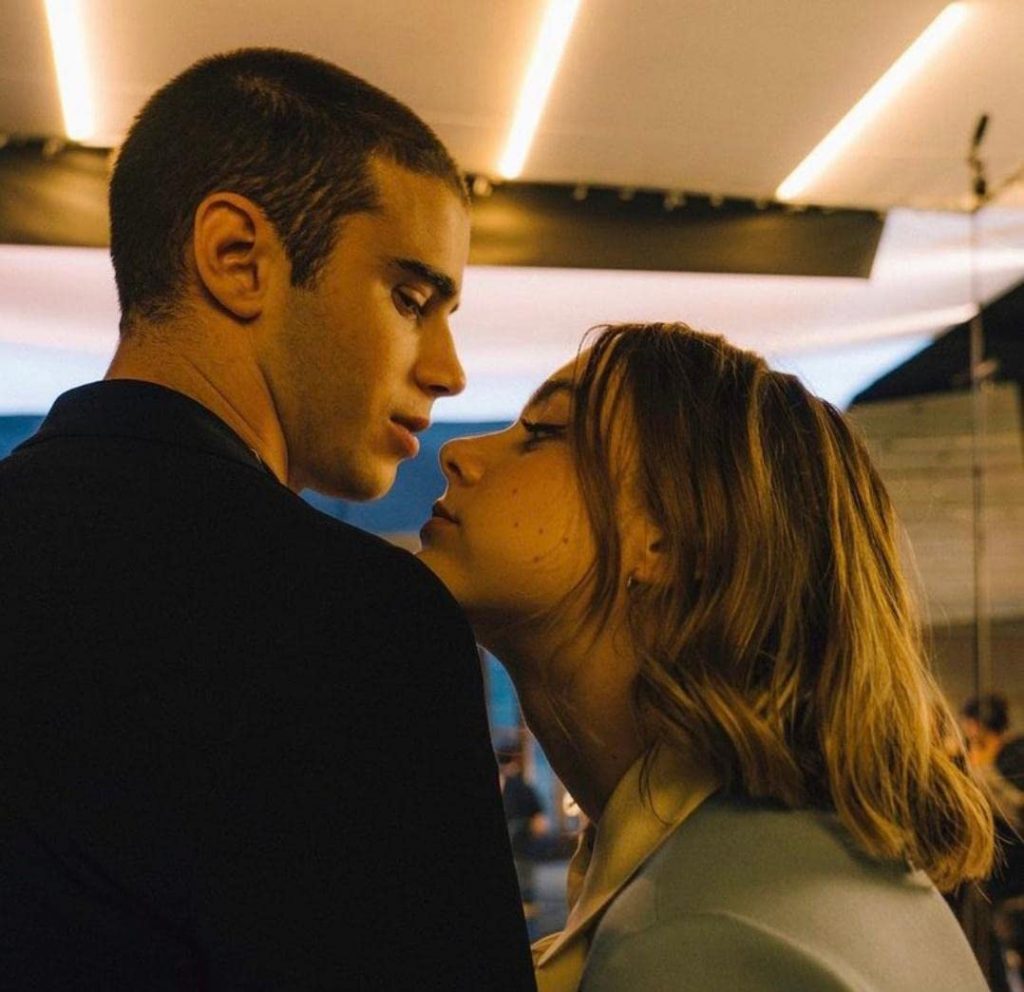 Recommended for a mature audience.

Chewing Slowly Could Keep the Weight Away