Love hard is a love story based on the Christmas season. Very timely and goes well with the season’s theme of love, family and romance.

After going on several disaster dates looking for love, Nathalie finally ends up with her perfect match. So she decides to surprise him for Christmas since she’s never met him before. Nathalie meets him and realizes that he cat fished her. 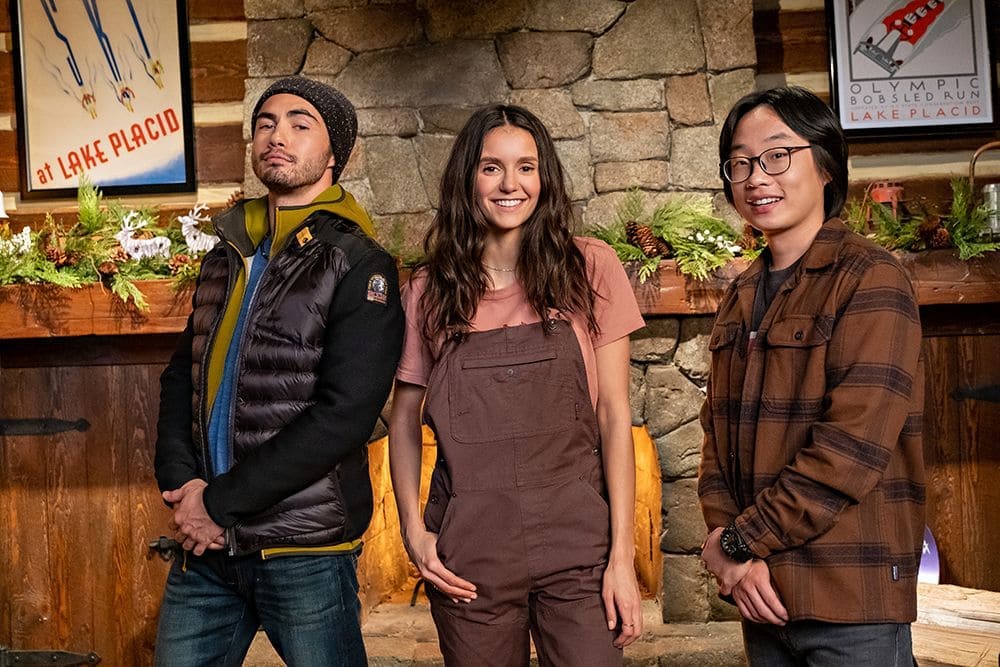 The protagonist is going through modern dating rituals like dating apps and getting ready for dates. These disaster dates help her writing career. It’s funny hearing the male voices whilst she scrolls through their pictures on the dating app before she matches with the Love Actually guy called Josh. With Josh, their texting conversation flows naturally as she grows closer to him emotionally.

Nathalie pitches a Christmas love story, but her boss realizes that Josh might be shady since he’s a stranger. So he encourages her to meet Josh and write about it. Josh’s parents are super excited when they meet her. It’s funny seeing the slow camera reveal of Josh walking in and Natalie realizing that Josh catfished her.

She spots Tag as the picture that Tag used to catfish her. She attempts to serenade him but suffers an allergic reaction before fainting in the snow and waking up in a veterinary hospital. The love triangle happens when Josh offers to help Nathalie win over Tag’s affection if she agrees to pose as his girlfriend for Christmas. Josh calms Nathalie down when she starts panicking in the indoor mountain climbing scene. It shows that they have an emotional connection and creates the idea of romantic entanglement.

As time goes, Josh reveals his softer and more vulnerable side and how he wants to venture into the candle making business. Owen, his older brother loves being the centre of attention. Josh and Nathalie share a Christmas carol duet filled with chemistry as the camera roves around them. It makes Owen jealous, so he attempts to steal the spotlight back, but Josh proposes to Nathalie with his grandmothers’ ring.

There’s a sweet moment between Nathalie and Josh whilst she’s smelling his candle scents and how his late grandpa inspired him. Their friendship grows as they steal newspapers and, she looks through his old dating pictures. Nathalie compliments him as a good guy as tender music plays in the background.

Josh’s family decide to throw him and Nathalie a secret party to celebrate their engagement. This is where all the lies start to unravel. Nathalie’s romantic interest Tag is at the event but so is Josh and, he clearly cares about her, but she’s still figuring out if she’s compatible with Tag. However, we can tell that Nathalie doubts Tag because of that awkward kiss after telling her that he no longer believes in Christmas.

She finally writes another disaster date article and realizes that she needs to be honest before finding love. Josh finally updates his Flirt Alert profile as a candle maker and shows up her phone. Josh has been confident about his dream of becoming a candle maker, and his dad is fully supportive. Also, his family comforts him after Nathalie gives her speech about dishonesty, hurts his feelings and leaves him. They show that families stick together during tough times.

Nathalie shows on his doorsteps with signs declaring her love for him similar to that scene in Love Actually with music playing in the background. It’s a soft tender and romantic moment as he decides on whether to forgive now as his family watches and it snows softly around them.

Love Hard is for people looking for a funny and romantic Christmas film focused on the characters in a non-fictional setting. In comparison, to other Christmas themed adventure films that include Santa Claus, reindeers, magic or an evil Grinch. 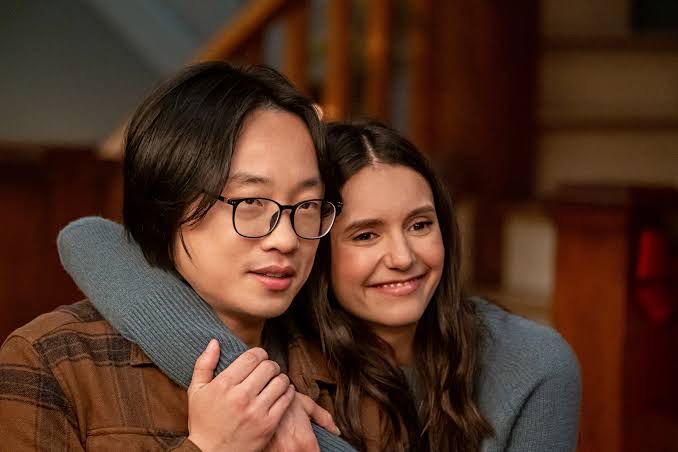