Till the CEO closes the money tap before they spend all of Chief Daddy’s inheritance. Can the family come together and fight against going broke?

Laila, the CEO of Chief Daddy’s company, is introduced as the new antagonist in the film. Laila firmly lectures them on being financially responsible, and they need to stop.

In the wide shot, Laila is placed in the center because she is now the center of power in the family, with her head wrap symbolizing a crown. This meeting ends with Laila directing a veiled threat towards Lady Kay about how her family will feel the heat and act as the inciting incident. 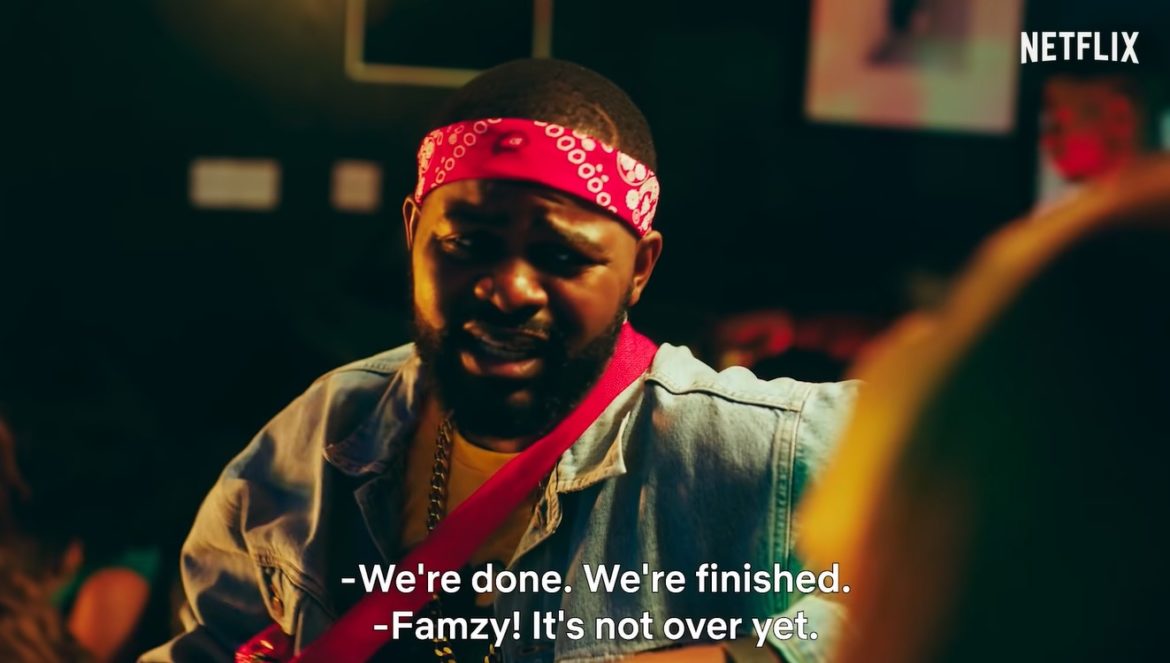 The Beecroft family comes together to figure out how to secure their financial futures through Femi’s dream sequences. It includes the laptop light scene where Femi looks like he’s hacking mysteriously with his mum by his side before the camera reveals the rest of the family. It connotates that the family is desperate, but, oddly, all the focus to save the family is on him, visually. This idea ends after police arrive at the house.

The family considers kidnapping Laila but realizes that this can’t work because Laila is a tough, no-nonsense character. Laila enjoys the chaos that the Beecroft family is about to endure. It feels like she worked for her success versus the wealthy Beecroft family.

The last idea includes green lighting, yellow lab coats, and safety goggles worn by Femi and his assistant as they make poison. It feels similar to a Breaking Bad sequence where Walt and Jesse made illicit drugs together. Femi tastes the poison and collapses, and this visually ridicules Nollywood character stereotypes where the bad person tastes the poison to make sure that it will work on their victim.

Chief Daddy has several subplots with many characters, so it struggles to develop all the characters successfully. Like we realize that Teni is single and that she’s looking for love. Her younger sister Tinu comes off as a comedic sidekick. Teni and Tinu decide to become Prince Sonny’s co-wives, which isn’t a surprising twist because they’re coming from a familiar family setup.

Lady Kay’s 62nd birthday party shows that the lavish life is over for her. Her fairweather friends snub her before the cake cutting and tell her that they’ve gone to church. Remi tries to cheer her up, but she benefits from the family financially, so she’s not a close friend. It looks like a lonely shot when Lady Kay is seated next to her uncut birthday, balloons, and gifts. It means that these tough economic times will act as a wake-up call to her and other family members to discover who their real friends and family are.

Dammy’s character has a lot of screen time as we see him shift from the luxury life of being a footballer to a possible early retirement, working side by side with Femi to run a sports entertainment division under Laila. I like how level-headed Adaora is when she confronts Dammy about caring more about the football fame than a life with her before he finally apologizes and they get back together.

Finally, the family embraces Laila, and as we understand her backstory as Chief’s secret child, it makes it easier to understand her motives and desires. Letting Dammy make peace with Laila makes sense because they’re both outside looking at the glass, watching the inner family, and they earned their stripes and money independently. Also, as Dammy and Femi’s relationship moves from being distant and condescending with brothers that have each other’s back, this is good to see. 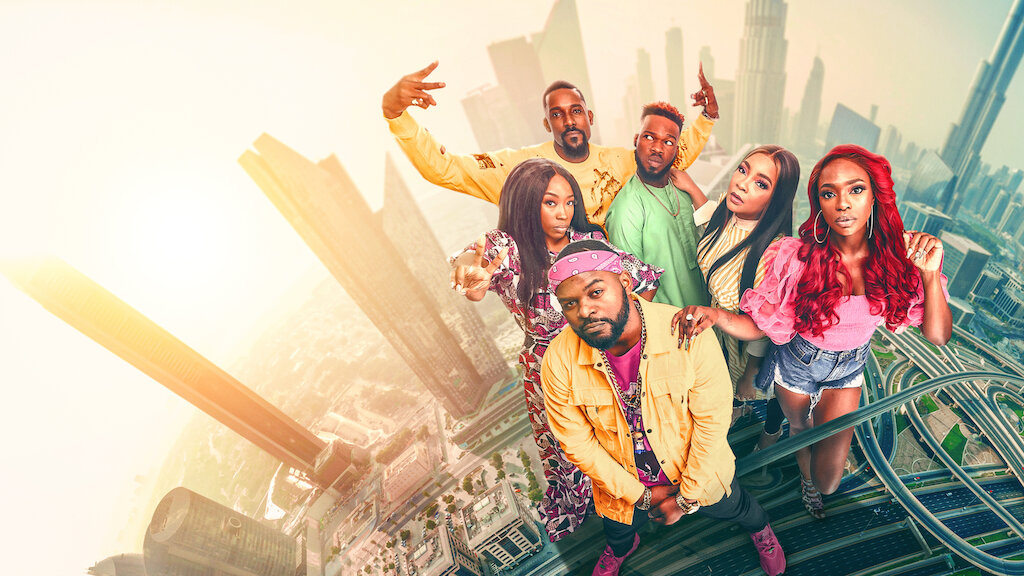 To necessarily worth it but can do well for a lazy afternoon.

Chewing Slowly Could Keep the Weight Away