Born Albert Chinụalụmọgụ Achebe on 16th November 1930 in Ogidi, Nigeria, Chinua Achebe is acclaimed for his impersonal depictions of the psychosocial mystification that came with colonial rule in Africa, and the imposition of western culture on Africa’s societal values and culture. Using his own culture (Igbo) as a point of reference, Chinua Achebe’s writing ranged from a focus on the first years of colonial rule in the continent to the post-colonial, educated, African people trying to create a form of order from the after-effects of colonization. 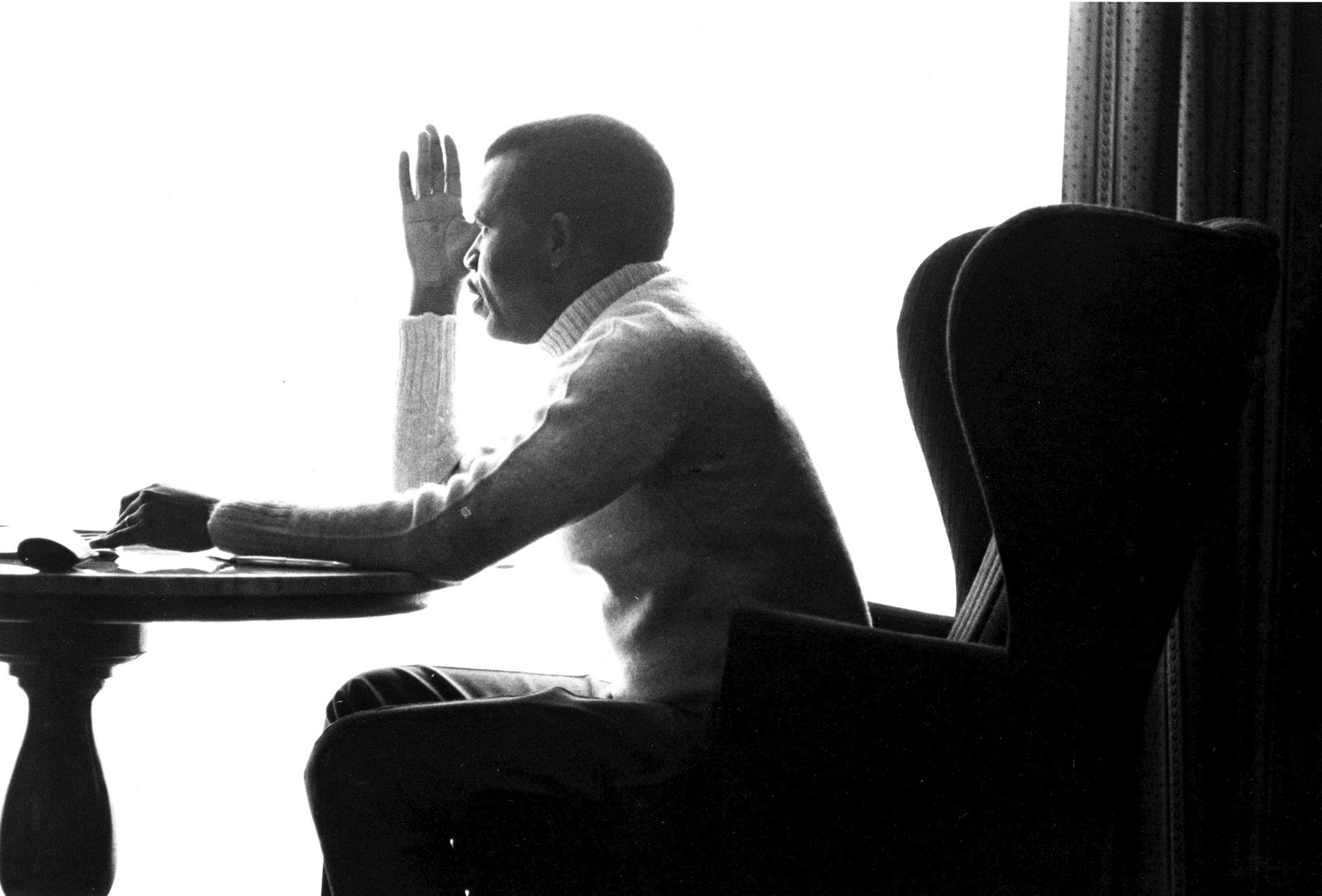 Achebe started learning English at the age of eight, through the Church Missionary Society’s school – a society his father worked for at the time. He later went on to enroll at University College (now University of Ibadan) as a medical student, but fatefully switched to literary studies. While a student here, Chinua contributed stories, essays, and sketches to the online publication, University Herald; which were later collected in his book, Girls at War and Other Stories.

After graduating in 1953, Achebe decided to make writing his life’s work; a journey he kicked off with a teaching gig, then working in broadcasting for a couple of years and subsequently publishing his first book, Things Fall Apart. The novel was a great success, and is now considered the most read book in African literature. 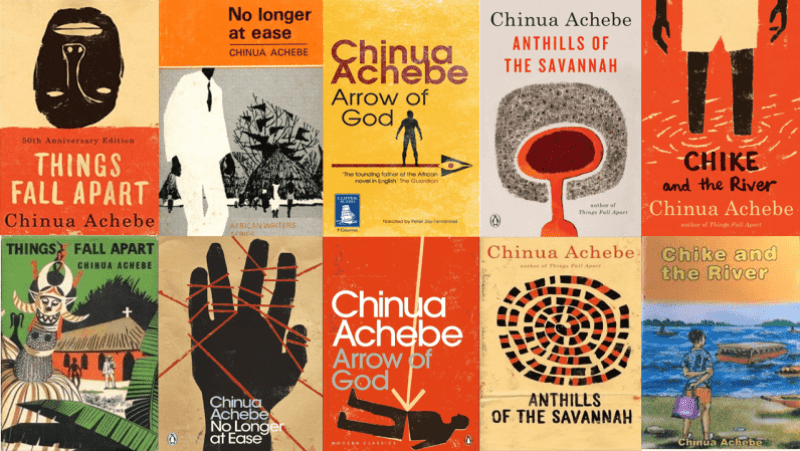 Chinua Achebe has been termed “one of the greatest of the 20th Century”, and he was.

The writer, social critic and political activist played a major role in Africa’s literary renaissance. Through his activism, writing and teaching, Chinua Achebe gave Africa a voice in the global context; and forever changed the landscape of world literature.

Achebe started writing in the last years of British colonial rule in West Africa; a time during which pretty much all literature about Africa was written from a colonial perspective, which was contrary to the reality. He used a combination of modernism and realism to paint a clear picture of what the postcolonial societies’ promises and failures were. This style was a recognition of modernization and realism not being mutually exclusive.

Chinua Achebe’s work sought to give an alternative narrative, in an effort to rectify the colonialists’ skewed portrayal of Africa; to highlight the tragedy of colonial modernity and to dream of a decolonized future. In criticizing Joseph Conrad, Achebe called out the author of Heart of Darkness for being racist. He pointed out that the novel barbarizes Africans, rendering Africa as “a metaphysical battlefield devoid of all recognizable humanity, into which the wandering European enters at his peril.”

Turning his creative writing into a tool to help consolidate national and regional identity, he used the English language, however ironic. It was a medium he considered would be essential in Africa’s self-fashioning and its reintroduction to the world. He also justified using the language for the purposes of reaching readers from all parts of Nigeria, calling it “the one central language enjoying nationwide currency.”

In this groundbreaking debut, Things Fall Apart, Achebe accorded the religion, culture and domestic economies of everyday Igbo lives a level of intimacy and humanity that rendered their experiences universal, stirring the global shift of perspective. Also, in this book, he condemned the colonialists’ ignorance of African culture and depicted how Western materialism birthed impunity among African communities. He stated;

“The white man is very clever. He came quietly and peaceably with his religion. We were amused at his foolishness and allowed him to stay. Now he has won our brothers, and our clan can no longer act like one. He has put a knife on the things that held us together and we have fallen apart.”

After the book’s publication in 1958, two years away from Nigeria’s independence, it became the first ever, by an African writer, to be set as a required text in schools across the continent’s English-speaking countries. And now, more than 60 years after publication, it is the most widely read work by an African writer and has introduced readers across the world to the continent’s writing.

No Longer at Ease

Chinua Achebe’s second novel, No Longer at Ease, highlighted the challenges facing the new generation on the threshold of Nigeria’s independence. The protagonist, a civil servant and grandson to Okonkwo (from Things Fall Apart) is entangled in corruption and is eventually jailed for bribery.

In 1962, after helping set up ‘Voice of Nigeria’, Achebe attended an executive conference of African writers in English at the Makerere University College in Uganda. Here, he was appointed to be General Editor of the African Writers Series, a body that proved to be valuable in introducing Africa’s postcolonial literature to the world. While at the conference, he was asked to read a novel, Weep Not, Child, by Ngugi wa Thiong’o (then a student named James Ngugi). An impressed Achebe sent the book to Heinemann and after two years, it was published, marking the now legendary Ngugi wa Thiong’o’s debut as a published author.

Arrow of God, A Man of the People and Achebe’s Involvement in the Nigeria-Biafra War

The author’s third and fourth novels, Arrow of God and A Man of the People respectively, are set in post-independence times. In the former, a village priest sends his son, Oduche, to be educated by Christian missionaries, in the hope that he gains enough knowledge to use in protecting his community. The outcome, however, is that Oduche becomes a convert and attacks Igbo religion and culture.

The latter, published in 1966, is a political satire that offers a critical perspective on governmental corruption and the nature of politics, power and greed. The book ends with a coup.

It is this ending that brought Chinua Achebe to the attention of military personnel, when the Nigeria-Biafra war was starting. They suspected him of having knowledge of an impending coup, since everything else he had written in the novel was already happening. A pursuit of him and his family ensued, from which they managed to get away unscathed. Well except the wife, Christie, suffering a miscarriage. Not long after, his passport was revoked by the government of Nigeria due to his open support for Biafra.

Seeing the ravaged state of his country-people due to the war and the resource insufficiency it brought about, Chinua Achebe reached out to the Americas and Britain for aid.

After the war, Achebe helped start the native literary journal Okike (a forum for African art, fiction, and poetry) and Nsukkascope (an internal publication of the University of Nigeria). 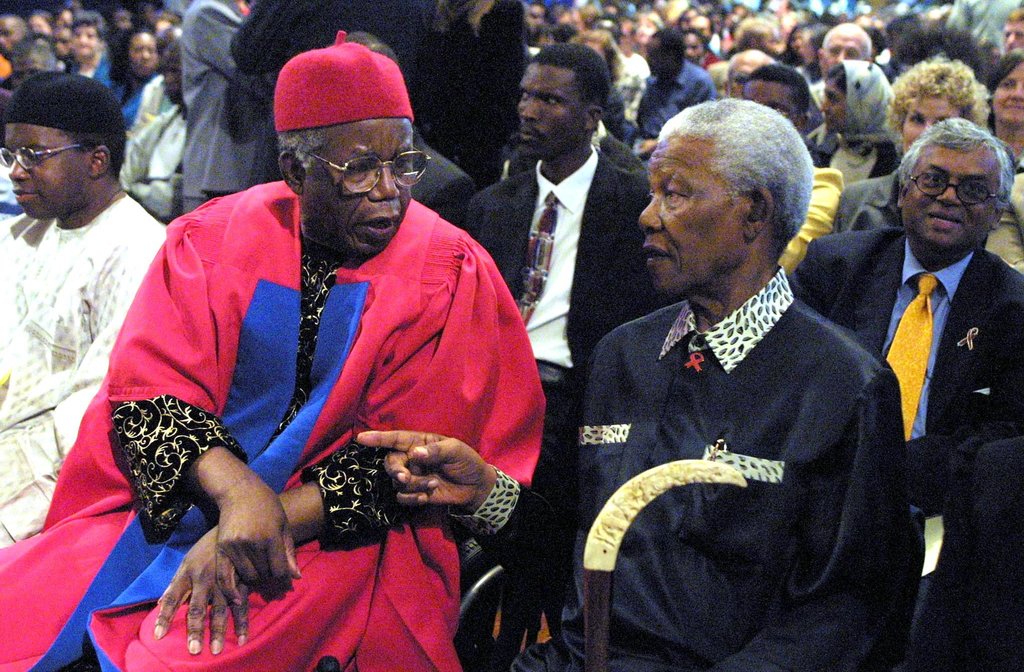 Later, from the 70’s and 80’s, Achebe’s criticism expanded to that of African leadership. While serving as the deputy national vice-president of the left-leaning political party People’s Redemption Party (PPP), he published The Trouble with Nigeria, in which he asserts that the country’s only trouble is the failure of leadership; combined with the unwillingness or inability of its leaders to rise to the responsibility and to the challenge of personal example which are the hallmarks of true leadership.

He would soon resign from politics due to his frustration over the corruption and elitism he witnessed.

Achebe released his fifth novel in 1987; Anthills of the Savannah, a finalist for the Booker Prize. It was about a military coup in the fictional West African nation of Kangan. He also published collections of poetry like Soul-Brother; collections of short stories and children’s books like How the Leopard Got His Claws; a number of essay books; and his last publication, the autobiographical There Was a Country: A Personal History of Biafra; among others.

Simple Tips to Help You Know Your Bra Size

The Beauty of African Hair

The Beauty of Harmattan