Windhoek, Namibia: Metropolis Amid An Oasis

Before I ever even thought of going to Namibia, I remember thinking of images of dirt, dust, dunes and a place that time had forgotten.

I couldn’t have been further from the truth though!  It is a country diverse in every way, its people, culture, landscape, and offers the traveller a cornucopia of things to do, whether you plan on being there for just a few days on business, a romantic getaway, family holiday or even an adventurous escapade.  I’d like to start off this piece with a feature on Windhoek and will later explore the rest of Namibia, simply because there is so much to see and do across the breathtakingly beautiful landscape that resides on the West coast of Southern Africa.

WINDHOEK, the largest city and also the capital of Namibia lies nestled in a valley between the Auas and Eros Mountain ranges and by contrast, is actually a small city when compared to its counterparts in Africa but what it lacks in size, it surely makes up for in beauty. The locals call it “AiGams” (meaning place of steam/hot water).

It is a laid-back city with an immensely welcoming and friendly atmosphere.  The Neo-Baroque and German architecture perfectly compliment the modern “Skyscrapers” that are now popping up across the city but still proudly upholds its diverse heritage and history. 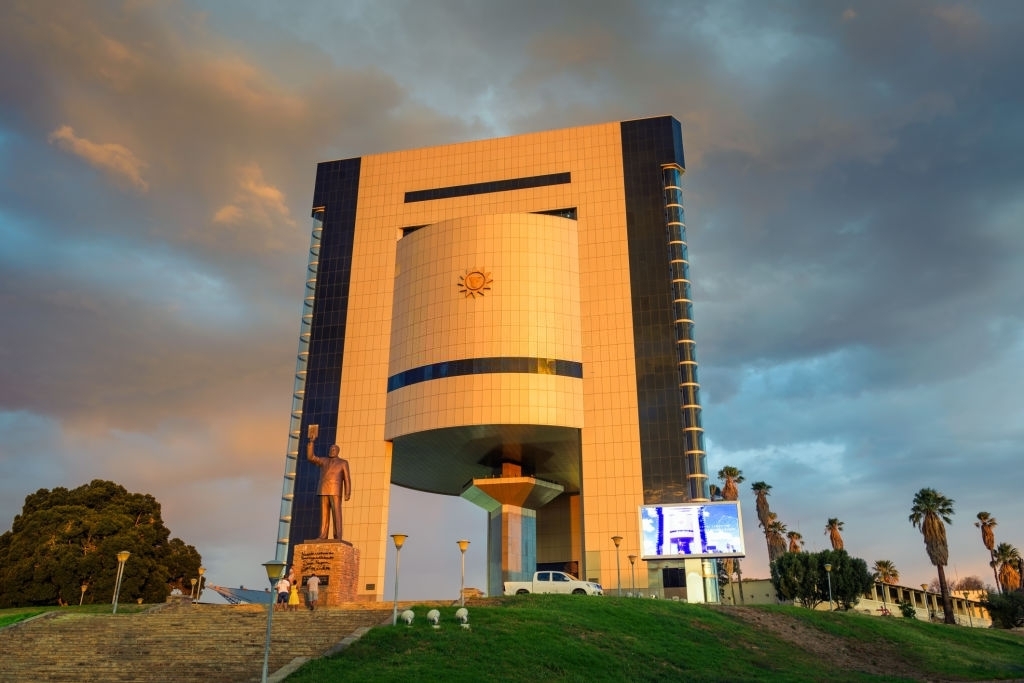 Windhoek can easily be done on foot in around 3-4 hours.  This pedestrian-friendly city is a hustle and bustle of sights, sounds and smells, so make time to explore, taste and savour these moments.

Below are tourist attractions in Windhoek:

Start your circular route from, and end off at the shimmering golden Independence Museum in Robert Mugabe Avenue.  The Museum is dedicated to the Namibian liberation struggle and will give you a good insight of what the city has to offer.

A fort dating back to the 1890’s, is the oldest building in Windhoek and was used to provide accommodation to its soldiers.  Inside this fort lies the most prominent landmark in all of Windhoek, the Reite Denkmal, which commemorates the colonial war waged by the German Empire against the Nama and Herero people between 1903-1907.

It stands proudly in ode to the soldiers who lost their lives in this war.

Situated on Independence Avenue, you will find the statue of Curt Von Francois, the commander of the Schutztruppe (soldiers of the German Empire).  He is also regarded as the city’s founder by some historians.

Dating back to 1912, this historical museum displays an impressive vintage 1900 locomotive which operated on the old line between Windhoek and Swakopmund.  The museum is definitely worth the visit.

Located in Tal Street, the Craft Centre is a tourist haven for local handcrafted and hand-woven textiles and jewelry and the ideal gifts to take home as souvenirs.

The market supports local craftsmen and low-income artists who are among the most talented you will see.

Some of the crafted goods are even sculpted according to ancient traditional methods and techniques such as the ostrich shell beads that make bracelets and other adornments which are wildly sought after by tourists.

Go on, pop in to the market and go wild!  You’ll be supporting a good cause.  Heads up: bargaining is not frowned upon, but when done, please do it in a polite and friendly manner.

If the vendors don’t budge, don’t push for them to lower their price.  Simply move on to the next one.

You may be pleasantly surprised by their reaction to call you back and their willingness to re-negotiate so as not to lose a sale to a competitor.

This gem of a place lies about 30 km north of the city centre, nestled at the foot of the Otjihavera Mountains and spreading across 22 000km² making it the perfect  day trip for those who are pressed for time.

A game drive takes about two hours but even with so little time, you are sure to spot some or even all of its magnificent inhabitants, the king of them all, the regal lions, hear the prancing hooves of Zebra, Giraffes and antelope, look out for the rhinos hiding in the grass (almost expecting them to say: “Boo!!”), and don’t forget the sneaky ferociousness of the crocodiles lurking in the waters.

My absolute favourite though, are the many species of birdlife that dominate the park.  I close my eyes and can still hear their melodious chirping and hurried conversations and then watch them in awe as they take flight!

The Ranch has accommodation on site consisting of 18 thatched rooms, restaurants and bars or rather, watering holes for us thirsty two-legged creatures.  So this makes it the perfect getaway or distraction if you’re on a quick business trip or even just a short much needed break from the craziness of the city. Thanks to its European heritage, Windhoek offers the traveller a little bit of everything from German to Thai to Indian cuisine, of course not forgetting the local traditional dishes of Potjiekos (A stew cooked in a three-legged cast iron pot over a coal fire), Kapana and Fat Cakes (cuts of meat with vegetable and chillies eaten with a doughy round fried bread) and for those living life on the edge, why not try the Mopane Worms.  Yes, you read right, fat, slimy, slippery little suckers cooked in various ways.

Joe’s is my absolute favourite place to hang out whenever I’m in Windhoek!  I don’t think words will ever do justice to the quirkiness and good vibes this place gives me.  From the time you wander through its tin canned entrance, where you can see everything from old cars to mugs and tinned dishes that make for the perfect decoration and give the place its unique atmosphere.

You will love every moment!  Labelled as a “steakhouse” but they do have vegetarian options (albeit limited), Joe’s is renowned for its exotic dishes.

Why not try the Crocodile Fillet or the delicious mouth-watering Zebra, Kudu or Game cuts.  Go on – you only live once!! It is also the perfect pub as well if you are just looking to enjoy a few drinks with friends.

Take a tour of company that founded Windhoek Lager and made it a household name in Southern Africa using traditional laws passed down from Bavaria since the 1500’s.  Tours are conducted from Tuesday to Thursday and requires you to book in advance. Visit their website for up to date information as tours were stopped due to the Covid-19 pandemic.

There are also clubs and bars around the city. Check out some of them below;

At the Hilton Hotel is a pool bar by day and a hotspot of sophisticated entertainment by night.  The stupendous view will leave you breathless, and the ambrosian nectars will have you going back for more.

Kepler Street is the place to be if you’re want to dance the night away.  Hugely popular with the dance crowd, Vibe is for those looking to party into the early hours of the morning. 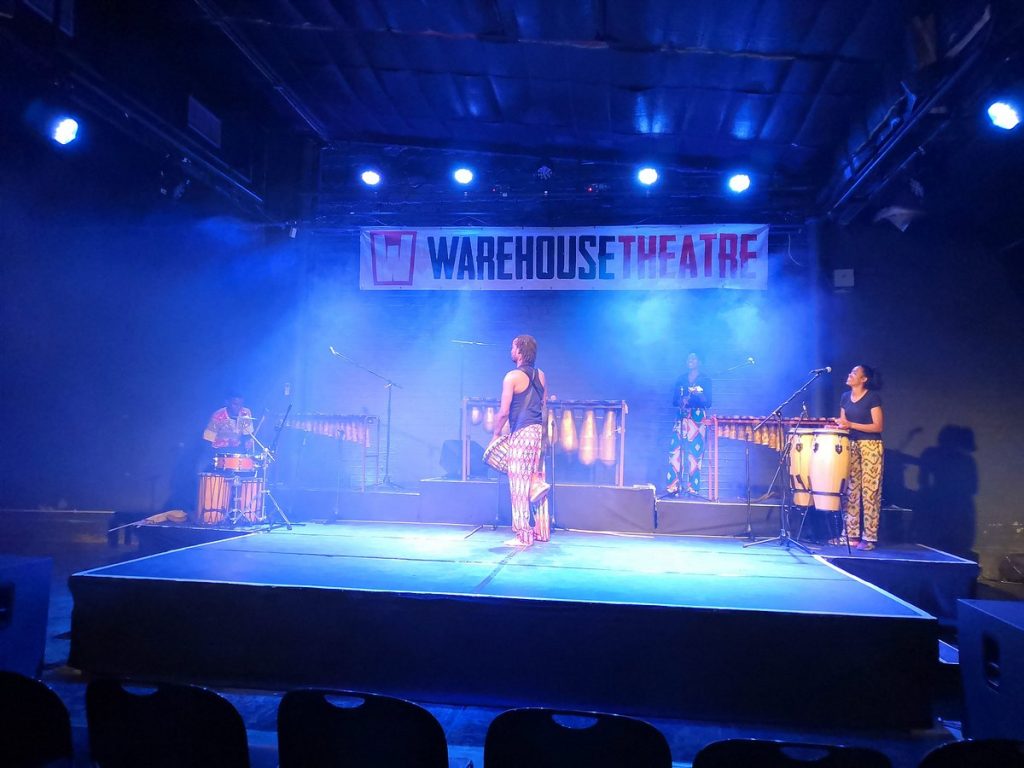 Windhoek has a large number of guest houses, B&B’s and just a few good hotels.  The guesthouses offer a more personal touch to your stay, but whenever I am there on business, I prefer the Avani Hotel and Casino situated right inside of the Gustav Voigts Mall.  It does have street access but I love the fact that I can walk straight into the stores and bank in less than 3 minutes after leaving my room.

The Hilton across the road is equally great.  The views from the Stratos Restaurant and Bar at the Avani Hotel and Casino is simply breathtaking!  The rooms are clean and modern and offer all the comforts away from home.

Cinemas are located inside the Grove Mall and the newly refurbished Maerua Mall.  Here you will find all the stores to shop to your heart’s content.

If you’re a Jimmy Choo kind of shopper, let me say this straight up: Namibia is not the place for that.

The malls do have semi luxury stores (by way of Africa’s standards) and will certainly satisfy your shopping cravings.  Stores such Adidas, Nike, The Body Shop as well as boutique stores all have the latest and trendiest fashions to keep you picture perfect for that next Instagram selfie.

Why You Should Visit Lesotho, the Kingdom in the Sky